About this Region - Getting Here

Major destinations in the region include Byron Bay, Murwillumbah, Ballina, Brunwick Heads, Lismore and the twin towns of Tweed Heads in New South Wales (NSW) and Coolangatta on Queensland's Gold Coast, with the Gold Coast hinterland and Tamborine Mountain favourite places to visit for locals and visitors alike.

Easy to get to and well served by plane, road and train services, the region is within 90 minutes drive of an international airport at Brisbane, the state capital of Queensland (QLD) , and just a hop (literally!) across the QLD/NSW state border from the Gold Coast Airport at Coolangatta. 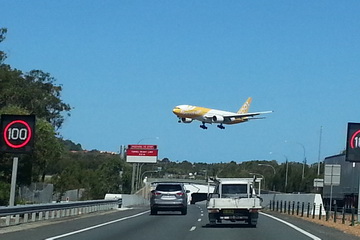 Can you bring it in?  NEW

Australian border and customs.  ​A guide to what you can and can't bring in to the country​​​​​​.​ When you’re travelling overseas​ or importing items, you need to know that some items can’t be brought back with you and for others you need to get permission.

New South Wales State Rail Countrylink train services travel between Sydney and Brisbane via Casino, where you can transfer to coaches for Alstonville, Byron Bay, Lennox Head, Lismore, Murwillumbah and Tweed Heads, and the Gold Coast in QLD, to Robina transit centre (terminus for "Airtrain" services to Roma Street Station and the international airport in Brisbane) and to Surfers Paradise. 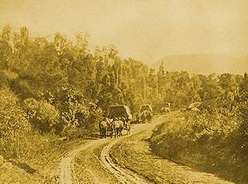 National, regional and local coach operators providing daily services use the Pacific Highway (the nation's major east coast highway), with pickups and setdowns at all major regional towns, including Ballina, Byron Bay, Lismore and Murwillumbah.  Extensive country transport services information is available for the region, including villages and small hamlets.

The Pacific Highway is the major east coast road and second most travelled in the nation, starting from Sydney and passing through the region to the Gold Coast and Brisbane.

A major by-pass of the highway has recently been completed for the Tweed and Brunswick valleys, resulting in many visitors unknowingly missing the spectacular views, natural attractions and the unique villages along the old highway, which is now called the "Brunswick Valley Way" and "Tweed Valley Way", where it passes through the towns of Brusnwick Heads and Murwillumbah, and smaller villages along the route.

The Summerland Way provides an alternate inland route from Grafton via Casino and Kyogle, to Brisbane.  There is a brief introduction to driving in Australia for international visitors, which maybe useful for first time travellers here.

The region is well served by the major coach companies, with convenient stops at all major towns through-out the region.  To get around the region by public transport, a visit to Country Transport Services Information maybe useful, although some locailty info isn't completely up to date.

We have calculated the following popular driving destinations, in kilometres (conversion table here) so you can get an idea of how far each major town or city is in relation to others, with the state capitals of Sydney NSW and Brisbane QLD included.

Distances at a Glance

Australia uses the metric system of measurement (although many people still use imperial measure in everyday speech). A kilometre is about 6/10ths of a mile.

North from Sydney to:


South from Brisbane to:


South from Coolangatta to:


North from Brisbane to:

Where to From Here?

The Big Volcano region (Green Cauldron) is a fantastic holiday destination for 5 -10 days, or longer.  You can experince the cosmopolitan delights of our cities, resort towns, and our renowned beach culture, or dip into our country life and visit the "Australian Bush", world heritage rainforests and natural attractions, all in a day if that's your inclination.

Alternatively, the region is a great stopover before flying home, or an excellent starting point to rest up and take it easy for a couple of days to recover from jet lag on arrival in Australia.

International visitors can fly into Brisbane and fly or drive south if Sydney, the Blue Mountains and Melbourne, or west if South Australia and the "Red Centre", are the planned destinations.

And if you've entered Australia via Sydney, you can fly (90 minutes) or drive north (12 hours) to this region, beforing travelling onto Fraser Island, Noosa, Port Douglas, Cape York and the Great Barrier Reef, before flying out of Brisbane or Cairns.

>> Next: About this Region - Holiday Information