The natural history, national parks and reserves of the Northern Rivers - Gold Coast region of Australia,
including geology, flora and fauna, World Heritage and general information. 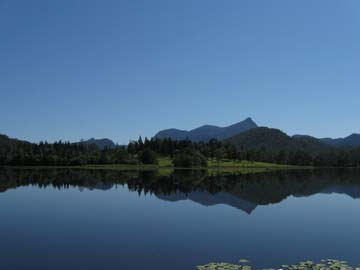 More than 20 million years ago a volcano erupted over an area now known as the New South Wales Northern Rivers and Queensland Gold Coast and hinterland region.

After several million years of activity, the Australian landmass moved off the "hotspot" which created the volcano, and other natural forces took over, to help make what is now the biggest erosion caldera in the southern hemisphere, and one of the largest calderas in the world.

It is these natural forces which have contributed to the evolution of unique plant and animal species, and resulted in a feature known as the "McPherson-Macleay overlap", where the flora contains a mixture of northern and southern species.

The fauna is also marked by a mix of northern and southern forms, resulting in some species diversity being the highest in Australia, and has led to the recognition of the region as one of outstanding biogeographical significance, with World Heritage listing for many national parks and reserves.

Click on the photo to get a 51Kb panorama in a new window.